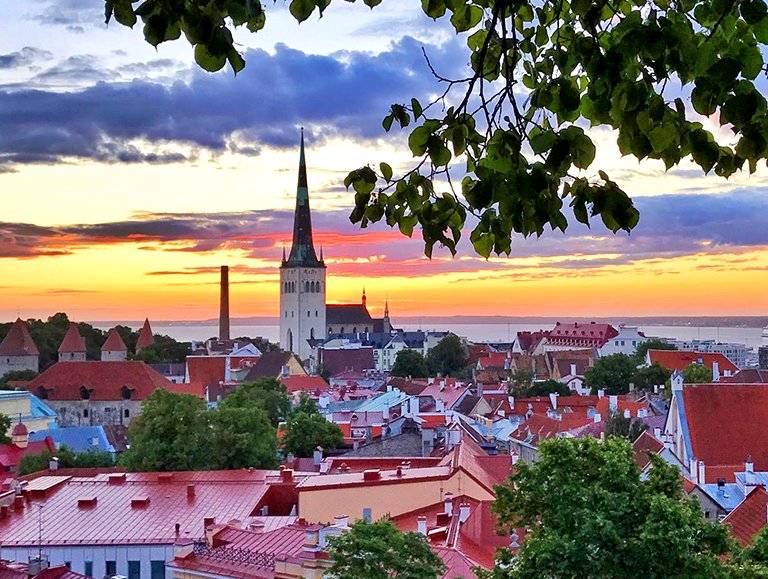 DAY 1 : Take pictures of the castle in the heart of Lake Garva and the reflection in the water. Photographing all kinds of churches in Vilnius, the capital of Lithuania, in the evening, climb the Three Crosses Hill to take a picture of the city.

DAY 2 : Take pictures of the old wooden houses in the Lithuanian countryside and the rural life of local villagers. Then take a bus to Kernavė, the capital of Lithuania during the pagan period. This is the only village listed as a world cultural heritage. At the end of June, there will be a bonfire party on the Midsummer Festival and people will sing and dance all night.

DAY 3 : Photographing the mountain of Crosses, a popular Catholic attraction, where the solemn religious atmosphere and hundreds of thousands of crosses of various sizes are enough for photographers to browse back and forth.

DAY 4 : Take pictures of the Art Nouveau buildings in Riga, the capital of Latvia. These buildings have different shapes and are full of the designer's personality and style. As the largest city in the Baltic Sea, the Daugava River that passes through the city is completely clear. Different scenery, ancient and modern decorate the whole city colorfully.

DAY 5 : Walk into the largest indoor market in the Baltic Sea to capture the smiles of the locals and a leisurely day. After leaving the city, to explore the Latvian countryside, where tourists are few, the folk customs are pure, and there are beautiful natural scenery.

DAY 6 : Travel to southern Estonia. The undulating terrain and dense vegetation on both sides of the river show the most representative natural scenery of the Baltic Sea. Then proceed to Tallinn, the capital of Estonia.

DAY 8 : Explore some inaccessible areas near Tallinn. The abandoned quarries and prisons are in disrepair due to years of disrepair. As the sea level rises, they gradually sink into the water. Today, most of the remaining parts are exposed to the surface of the water. Have personality, even some sci-fi colors. Then head to the military closed city of the former Soviet Union, which is another kind of mysterious photography material.